The Heart of Zen, The Center of Tea Culture
Daitokuji Zen Temple 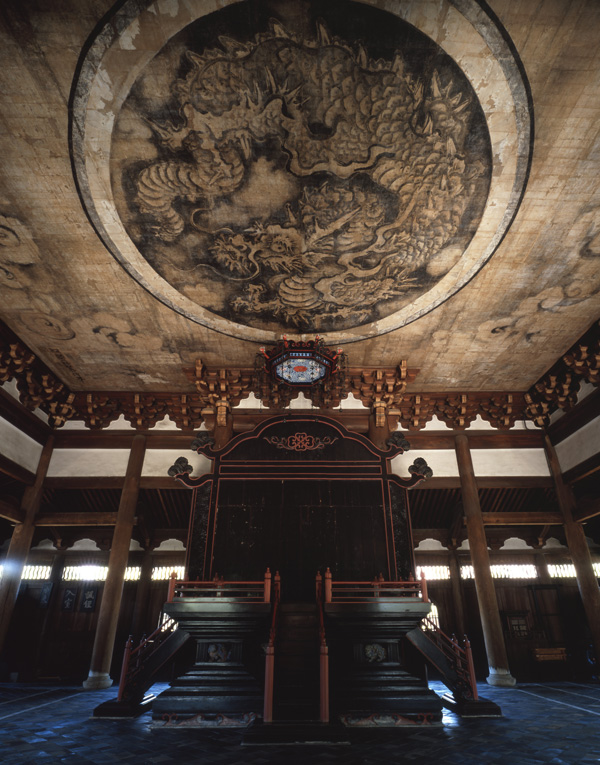 Zen is a school of Mahayana Buddhism that originated in China during the Tang dynasty.
Through the training and discipline of Zen practices including daily work and mediation, we resolve to find our Buddhist nature. The practice of meditation is the fundamental path leading to enlightenment.

Its history goes back to the teaching of Shakyamuni, the historical Buddha.

The essence of zen is explained in four precepts:

Zen monks share a kettle of tea to calm and unify their mind. This is the beginning of chanoyu, the path of tea.
Murata Shuko, regarded as the father of chanoyu, tea ceremony, was a disciple of the priest Ikkyu.
He pursued the philosophy that the essence of tea and zen is the same. The philosophy was succeeded to Sen no Rikyu, who perfected the manners and etiquette of tea through the practice of zen training.
The tea ceremony event commemorating the anniversary of death of Rikyu is held on the 28th of every month in Daitokuji.

It has been 700 years since Daito Kokushi established Daitokuji in the northwest of Kyoto. Worshipped by two emperors, Daitokuji Temple had come to be known as “an unparalleled zen temple.”
Having produced renowned zen masters such as Priest Ikkyu and Priest Takuan, Daitokuji has made great contributions to the development of Japanese culture: tea ceremony, painting, architecture, calligraphy, gardens, noh theatre, and more.

The spirit of zen taught by the masters in Daitokuji was the anchor of warlords and merchants in the period of war. There are 24 sub temples in the precinct, many of them built by prominent warlords such as Oda Nobunaga, Toyotomi Hideyoshi and others. Sen no Rikyu, a merchant from Sakai, Osaka, was a faithful devotee of Daitokuji and is renowned for developing the etiquette and manners of tea ceremony. For this reason Daitokuji is considered the center of tea culture, as well as the heart of zen.
Generally, four temples are open to the public. Additional temples are opened for public viewing in spring and autumn.